This is a short comparison of the 150cc commuter motorcycle space.  Both the Achiever and Unicorn recently received updates while the Bajaj V15 is a new entrant in the segment. Just to make things interesting we’ve added the Aprilia SR 150 sports scooter, which was also launched in India recently, in to the mix.

How each bike looks is definitely up to individual preference. Personally, the Aprilia SR 150 is the best looking two-wheeler here, partly because of its sporty nature (even though it’s a scooter) and mostly because it’s an ‘Aprilia’. The Bajaj V15 gets second while the Unicorn and Achiever takes the next two spots respectively.

Telescopic forks & hydraulic shock absorbers do suspension duties but it is only the Honda Unicorn that gets a rear monoshock. 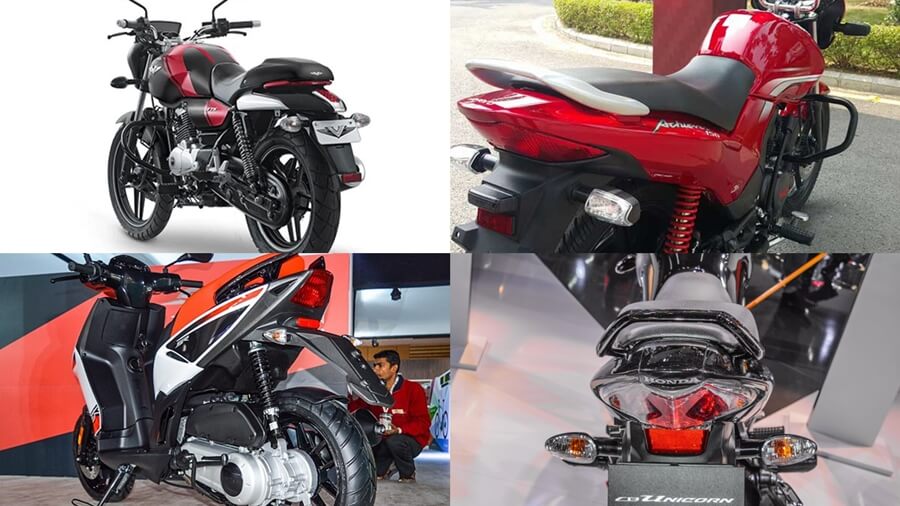 Overall if you leave out the Aprilia SR 150 which though a scooter, has great ‘bike’ characteristics, the overall best bike is the Bajaj V15. It looks good (/unique), has good amount of features and is the most affordable one on our list.

If you are looking for a more conventional design, the Hero Achiever is the one to go with. It has a powerful engine and hopefully (official numbers not out) great mileage with the iS3 technology.

The Honda CB Unicorn while still a very solid machine doesn’t seem to justify the premium it commands.