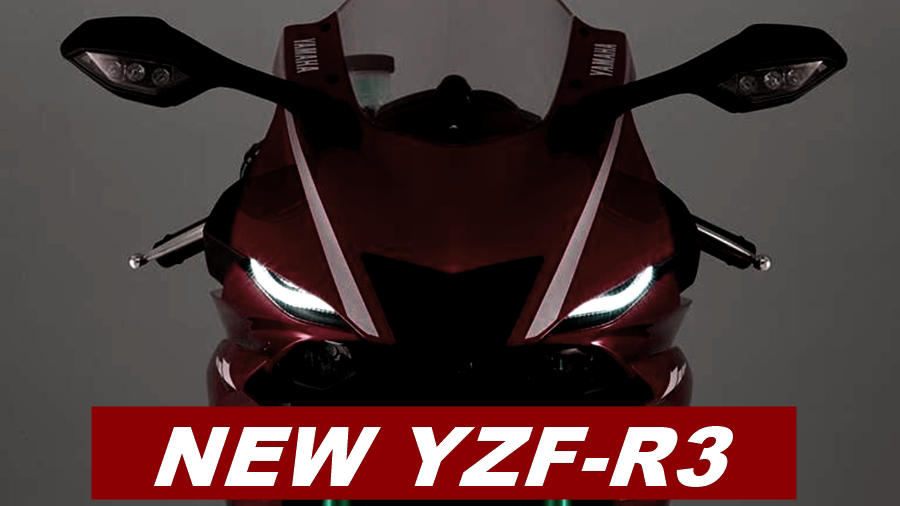 The 2nd generation Yamaha R3 and R25 will be released in 2019. The bike is expected to be officially unveiled this year and will get a host of changes (both cosmetic and mechanical). Details are still vague but here’s what we know:

The Yamaha YZF-R3 is nowhere near as beautiful as the YZF-R1 or the recently launched R6. In fact, even its smaller siblings can give it a run for its money in the looks department. The problem arose when Yamaha tried to make the bike somewhat of a sports-tourer, realising specific needs of the segment. Next time around, however, the design will be more in-tune with the current ‘R’s.

The new generation R6 just revived the middleweight sport segment, and how! The bike is stunning and we are excited that some of its sharpness will be brought forward to the R3. Recent spyshots from Indonesia reveal a revised front fascia with faux ram intakes, new side faring and a different tail section-similar to the R15 V3 (the above picture holds true).

The 2017 R3 is likely to stick to its diamond frame and engine. However, features like USD front forks, Variable Valve Actuation (VVA) and slipper clutch could be made available. Sadly, ride modes will not be made available and that should mean ride-by-wire too.

The new R3/ R25 will come to most markets, including India by mid-2019. Prices will go up slightly

Like the current generation, the Yamaha R25facelift will be launched first in Indonesia.  This is expected in Q4, 2018.

Subsequently, the Yamaha R3 will also receive identical updates and will be officially released in USA and UK in the first months of 2019.

Launch in India will only happen after this, possibly by mid-2017.