Skip to content
By noyalsharookPosted in Electric Vehicles NewsTagged MY2020 / MY2021

Rivian- a little-know electric manufacturer from Michigan had all eyes glued to it at this year’s LA Auto Show, and for good reason too. Demand for electric vehicles has soared across the world but their torquey motors have till now, only found application in conventional cars and low-duty crossovers. Negating ‘range’ concerns, this massive and instant torque is something that the ‘Adventure/Offroad’ segment practically begs for- and one that Rivian hopes to address with their R1S and R1T. They are calling the new segment ‘Electric Adventure Vehicles’ or EAV for short.

Its not like Rivian cropped out of nowhere. Their founder and CEO Mr. RJ Scaringe has for long been catering the ambition of creating an automotive lineup that ‘no one had ever executed before’ and many in the automotive circuit were well aware of this. Many years of research, planning and development has thus gone in to these cars, and while their real-world performance is unknown, I really like what I am seeing here.

The R1T is first in line to hit the production line, and will be available in a 4-door configuration with three battery packs. It was by far the biggest attraction in LA and garnered widely positive reviews. People were on the rocks about the headlights but it is unique and quirky, something most electric manufacturers try to incorporate.

Space utilisation is top notch, and functionality is as expected from a futuristic electric vehicle. The truck comes with a watertight rear bed but with absence of an engine at front, it also gets a front truck (frunk) with 330L capacity. There’s an innovative gear tunnel storage as well, and can be used for locking up longer items like Skis, tents and gold clubs. Storage is also provided beneath the rear seats and the bed.

Rivian is now accepting $1000 booking for two variants of the R1T that will be available in 2020 as 2021 models. The base 105 kWh trim will take a year more, possibly debuting with the R1S.

Along with the R1T, Rivian has also introduced a 7-seat SUV named R1S at the event. It uses the same battery pack and motor as the former but each of the three trims get 10km more range.

The Rivian R1S will only debut a year after the R1T, hopefully in 2021. 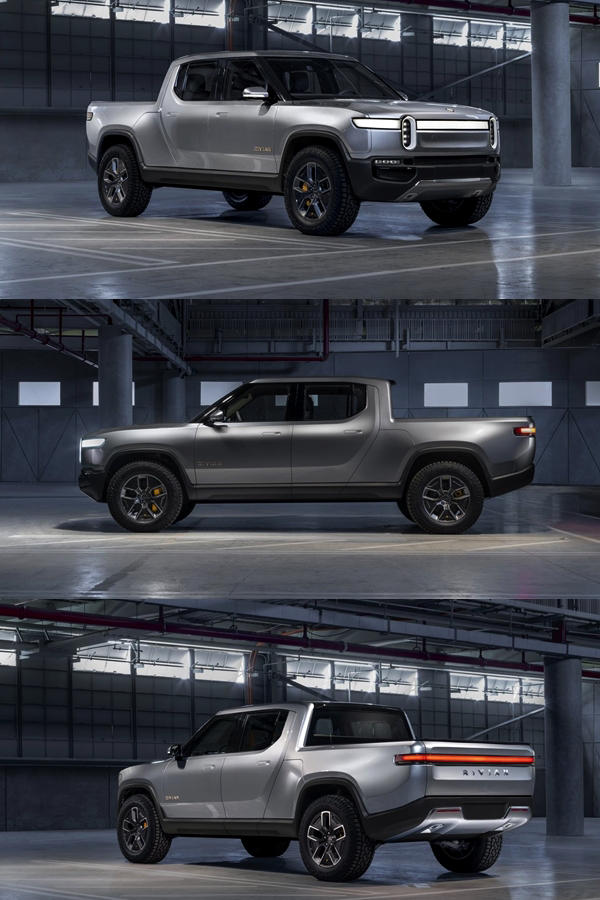 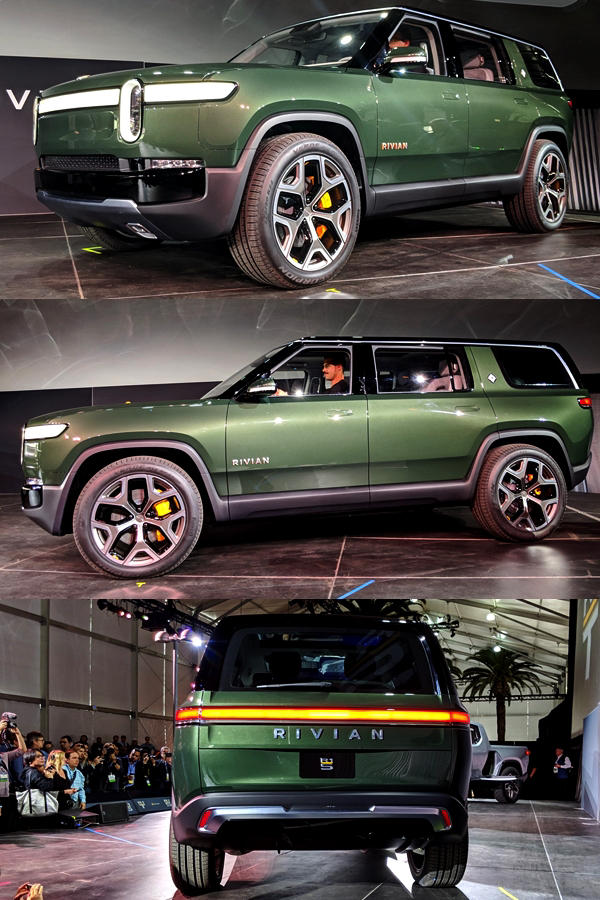