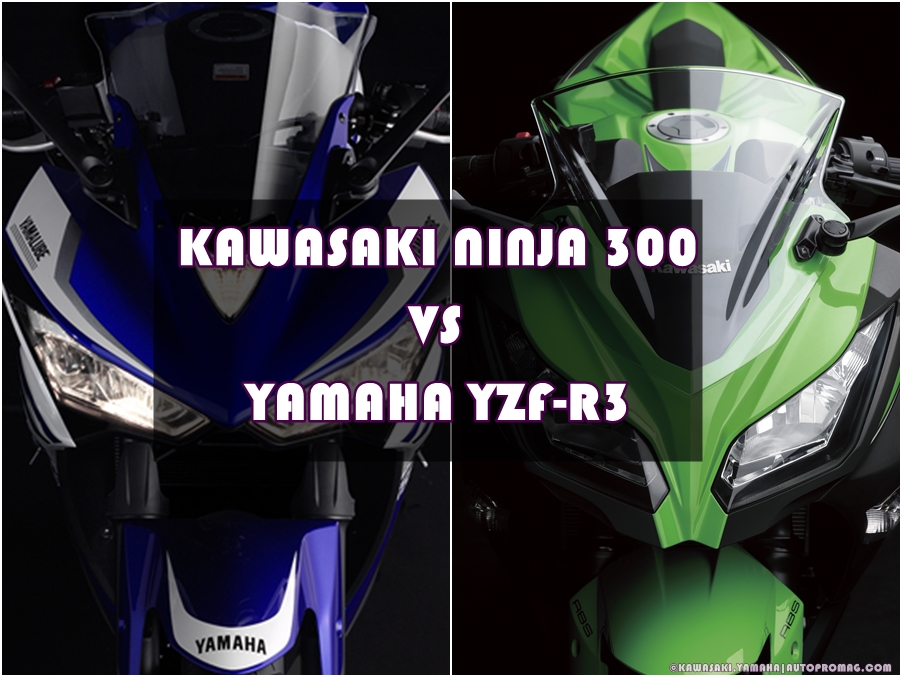 With the import of two of their 320cc motorcycles to India, Yamaha has almost made it clear that the YZF-R3 will be reaching the country instead of the much heard about R25.The news has been welcomed with both hands by the Indian motorcyclists and we are certain that this is the best move to make for the manufacturer as well.So the question is who will be the nearest rival to Yamaha’s twin cylinder offering? With local production and an almost unbelievable price tag, competition with the KTM RC390 is almost out of question. So that leaves the next best contender , The Kawasaki Ninja 300.For the same reason, pre-launch we would love to do a short comparison between both the bikes , so as to give you a rough idea of how they will battle it out in the segment. 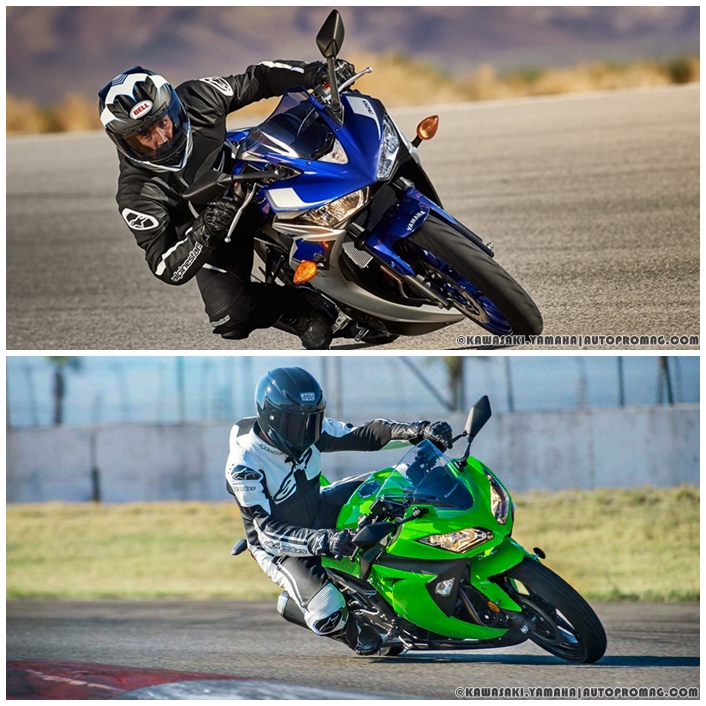 The Yamaha YZF-R3 and R25 were developed by the Japanese manufacturer taking inspiration from their Moto-gp motorcycle , the YZF-M1. This is also true for their liter class motorcycles ,such as the recently unveiled 2015 YZF-R1 and the YZF-R1 M.Though both the latter share distinct visual cues with the M1 , the same cant be said about the Yamaha R3. Frankly we would have loved to see a R6 inspired bulkier version of the R15 , but that was not to be. The Kawasaki Ninja 300 on the other hand has also stayed true to its pedigree , and the similarities with its bigger siblings, like the Ninja ZX-6r and ZX-10r are uncanny.

The fairing of the Ninja 300 is  aggressive and sharp , while that of the R3 is more subtle.Both of them provide dual-headlamp arrangement, however from the front, the Ninja is the most menacing.Certain design elements such as the integrated indicator lamps(to the side fairing) just adds to the overall beauty of the Ninja.The rear of both the bikes are virtually identical , and both of them come with LED tail lamps.The Ninja does however feel a bit plastic from certain areas of the fairing.

Based on design it could go either way, and really comes down to Individual preference. 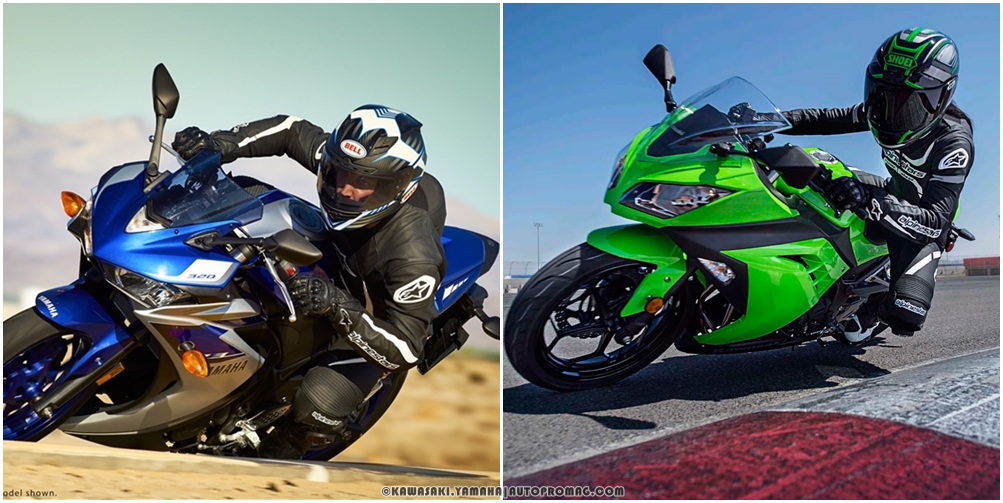 Goes without saying , The YZF R3 will out perform the Ninja 300 due to its superior power and torque figures. The Yamaha R3 is also lighter than the Kawasaki Ninja 300 , at 167 kg (against the Ninja’s 174kg).

In terms of features and equipment , the Yamaha R3 just barely beats the Ninja 300.The bike is expected to come with ABS, especially since the central government is pushing to make ABS mandatory for all motorcycle.This will also mean that the Ninja 300 would get ABS in the coming months.However, a price hike due to the addition is not something that Kawasaki can afford at the moment.

Both the bikes come with telescopic forks up front (not USD!?) , the Ninja getting 37mm forks while the R3 gets longer 41mm ones.Single disc brakes have been provided through out and 220mm discs are shared by both the bike in the rear. However the Yamaha R3 gets larger 298mm discs up front , against the Ninja’s 290mm ones.

Though there is no way to be sure , current reports suggest that the new Yamaha R3 will be priced near to Rs 3 lakh range, in India.This is actually close to Kawasaki’s streetfighter- The ‘Z250’.

Though the Kawasaki Ninja 300 comes with the superior looks , The affordability* , performance and better features on the Yamaha R3 will see it taking the crown , in this closely fought war between the Japanese rivals.